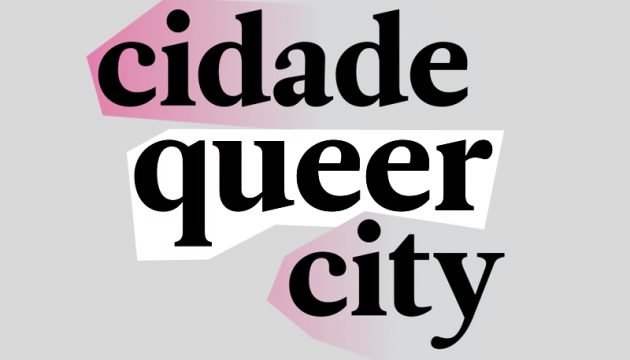 Queer City investigates the relationship between queerness and life in the contemporary city. It began as a site-specific program in São Paulo, Brazil. It does not seek to define ‘queer’, and is not limited to the considerations of city dwellers.

Naming a program ‘Queer City’ is an occasion to both admit that we don’t define ‘queer’ or imagine that it means only one thing and to openly ask what a queer urban future might look/feel like? Jose Esteban Muñoz begins his book, Cruising Utopia: The Then and There of Queer Futurity (2009), with these words: “Queerness is an aspiration toward the future. To be queer is to imagine better possible futures.”

Queerness is a broad term, one that can certainly be linked to a range of LGBT+ politics and realities, as well as histories, futures and places. For our purposes, ‘Queer City’ opens a discussion on how we live and work in, share and survive the contemporary city, with São Paulo as our outlook. We are therefore equally interested in acknowledging common ground and understanding counter narratives. In “Queer Ecology: Nature, Sexuality and Heterotopic Alliances,” Matthew Gandy shares the view of architectural historian Aaron Betsky that the “queer space is ‘a space of difference’, an arena of doubt, self-criticism, and “the possibility of liberation.”

This makes sense for a program that came out of a partnership between Lanchonete.org and Musagetes, via its ArtsEverywhere online platform.

Lanchonete.org is an artist-led cultural platform that gets its name from the ubiquitous lunch counters — convivial, fluorescent-lit, open-walled, laborious, points of commerce — that populate almost every street corner. There are approximately 30 people who participate in Lanchonete.org — artists, architects, urban planners, professors, students, activists, members of the housing movement, gardeners, journalists, etc. — and it is still growing.

Lanchonete.org and Musagetes relate to French philosopher and sociologist Henri Lefebvre’s “Right to the City,” or one that asserts, in his own words, a “ . . . demand [for] a transformed and renewed access to urban life.” We want people from all walks of life to feel comfortable participating in Queer City.

Here’s how Queer City came to be:

Carlos Motta (Colombia) and Maya Mikdashi (Lebanon) screened their short film collaboration, Deseos, which exposes ways by which medicine, law and religion shape discourses of the gendered body. After the screening, they were joined in a panel discussion by Ezio Rosa, the art-educator and author behind Bicha Nagô, who added his experiences on living and making work in the periphery of São Paulo. And finally, on Saturday, November 21st, there was a walk in the Center of São Paulo, led by the actor Paulo Goya and Thiago Carrapatoso (with the participation of the São Paulo Network of Heritage Education [Repep]), with the goal of remembering the queer history of the area through the personal account of a longtime denizen. We ended the walk at Ponto Aurora and had an open discussion about the future of the idea. From there, a year-long program began to take shape. During the 2016 program, we will continue to engage those with whom we share the city — queer people and their allies.

One of the projects within Queer City is called “Janta: Queer Food/Queer Politics”, a monthly dinner at the home of Paulo Goya, Casarão do Belvedere. After leading the walk last November — and seeing how much interest there is in ‘remembering’ the city’s queer history together while taking part in its future — he and Thiago Carrapatoso proposed a regular dinner to do just that. En brev, the idea of Janta is ‘being at home’ with a community and enjoying each other’s company over good food . . . and fierce debate! Janta serves as a trampoline for a range of projects of all sizes within the Queer City initiative.

By the end of the program, we believe that using a lens of queerness will have encouraged fruitful discussions and joint interrogation of how we share the city. In fact, The Queer City Reader, a collaboration with Publication Studio São Paulo and .Aurora will attempt to contextualize these discussions in relation to queer thought from all over the world. The reader will be released in March 2017. Additionally our crossbeam activities help to inform the Queer City initiative and vice versa. These activities include hosting a Haitian photojournalist to document the growing Haitian diaspora community in Brasil; hosting Zimbabwean artist, Lucia Nhamo who received the Bamako Encounters jury prize (awarded to a female artist whose work broadens and/or challenges perspectives on contemporary African migrations) of a two-month residency to look at older and newer African migrations in Salvador and São Paulo, respectively; hosting Edgar Calel, an indigenous (Mayan) Guatemalan artist in collaboration with Lastro Arte and the Cultural Center at São João Occupation.