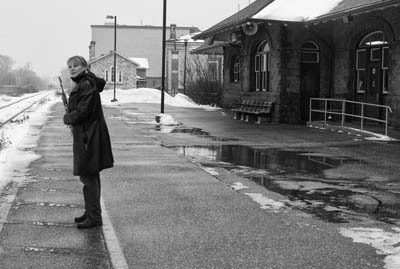 Jane Bunnett, a Toronto-based soprano saxophonist, flutist, and bandleader, is a multiple Juno Award winner, most recently honoured with an appointment to the Order of Canada. Bunnett is known for her creative veracity and her improvisational and courageous artistry. She has captivated critics and fans alike with her bands, showcasing some of the finest Canadian, American, and Cuban musicians in jazz today. Her live performance projects and groundbreaking records express the universal appeal of her music: creative explorations of Afro-Cuban melodies that embrace the rhythms and culture of Cuba, inspired advancements to avant-garde jazz and modern compositions, and an interest in traditional spirituals and gospels. An innovator who has built a career at the intersection between Cuban and jazz music, twice nominated for Grammy awards, and the Urban Music Award winner for Best Global Recording in 2003 for her record Cuban Odyssey, Jane Bunnett is an excellent addition to ICASP, and to the Guelph community. Bunnett is well known and liked in Guelph for her innovative and exciting performances at the Guelph Jazz Festival.

Commenting on having Bunnett as the first Improviser-in-Residence, Ajay Heble, Artistic Director of the Guelph Jazz Festival and Project Director for ICASP, said that “an innovative and creative practitioner of the calibre of Bunnett strengthens ICASP’s commitment to diversity and collaboration, and furthers the project’s continued promotion of improvisation and dynamic exchange across cultural, communal, and musical lines. It is truly an honour to have Jane Bunnett join the ICASP team.”

“Musagetes sees this as an excellent opportunity to continue enriching the arts in Guelph,” remarked Shawn Van Sluys, Executive Director of Musagetes. “All of us — Musagetes, ICASP and Jane Bunnett — recognize how important it is to create art with diverse communities and in a public and participatory way. We are excited to have Jane Bunnett in Guelph throughout 2011.”

Performances included music interventions held on February 11, 2011 at the University of Guelph Library, Red Brick Café, Bookshelf and the Downtown Guelph Public Library. These were unannounced and spontaneous jam sessions. Other performances with partner organizations where held at the Boathouse, Guelph Jazz Festival and a final year-end celebration of Bunnett’s residency took place on December 8th, 2011 at Van Gogh’s Ear. Free Concert & Celebration

Her endeavors in community outreach and musical partnership were showcased in a performance with KidsAbility at the Guelph Jazz Festival on September 10th, 2011.

All of Jane’s outreach activities during the year were video documented. Through supplemental funding, ICASP hired Video Producer Dawn Matheson to create a series of 5 edited videos highlighting the Improviser-in-Residence program. The videos not only show the importance of the program but also demonstrate the wonderful work that can be accomplished through collaborative partnerships between community organizations.