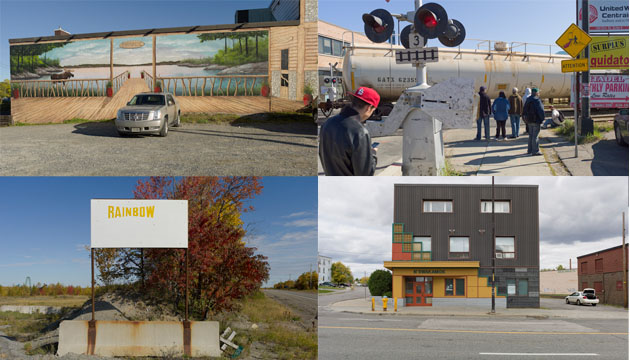 “Geoffrey James works in the tradition of twentieth-century street photography, yet he produces pictures that are anything but orthodoxly modernist.”
– Kenneth Hayes, “Boom Town Blues,” in Prefix Photo 27 (World Affairs, 14:1, May 2013).

Musagetes is excited to announce that renowned Canadian photographer Geoffrey James will be presenting the Sudbury portion of his Canadian Photographs series as part of a free public talk at the Galerie du Nouvel-Ontario on May 21 at 7 PM. This will be the first time these images will be publicly discussed and is an opportunity to hear firsthand from the artist about his process. In June 2012 Musagetes invited James to document the relationship between the built environments, the land, and the people of Sudbury. Where previous photos of the city have fixated on a depiction of mining and its environmental consequences, this new series moves toward a representation of Sudbury as a totality of its social, cultural, urban, and economic development. Writer and critic Kenneth Hayes, who has done extensive research into the mining and geological history of the region, reflected upon these photos in an essay that was published alongside in Prefix Photo issue 27, released in May 2013. James will speak about his work in the city and share some insights on the architectural dynamic here. To get a glimpse of the series, visit http://www.musagetes.ca/musagetes-old/project/geoffreyjames/.

Geoffrey James is a Toronto-based photographer who has devoted himself for the past 30 years to photographing the man-made landscape. His subjects have included the devastated asbestos mining landscape of Quebec and the ‘no man’s land’ along the US-Mexican border. More recently he has investigated the nature of urban space in such cities as Paris, France; Lethbridge, Alberta; Toronto, Ontario; and Havana, Cuba, and is publishing a book this fall on the closing of the Kingston Penitentiary. James is the recipient of the 2012 Governor-General’s Award in the Visual and Media Arts and has shown at Documenta IX, the National Gallery of Canada, the Museum of Modern Art in New York, and the Canadian Centre for Architecture in Montreal. 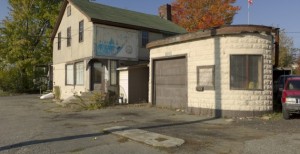