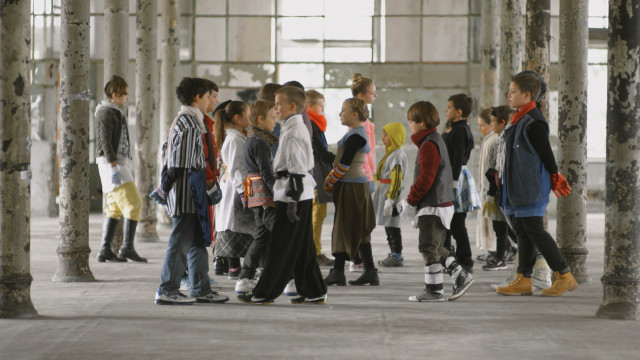 Musagetes and CAFKA – Contemporary Art Forum Kitchener and Area are excited to announce that Althea Thauberger will be speaking as part of the Big Ideas in Art & Culture Lecture Series. The lecture and film screening will take place on Wednesday, July 16, 2014 at 7 PM at the Guelph Youth Music Centre (75 Cardigan St. Guelph Ontario), a physically accessible location. Please join us for a glass of lemonade and a small bite starting at 6:30 PM. A special cinema screening will be held the following evening at the Bookshelf (41 Quebec St.) at 9 PM, which is not physically accessible. Admission is free for both events.

Following a screening of her latest film project with Musagetes in Rijeka, Croatia, Preuzmimo Benčić (Take Back Benčić), Thauberger will talk about some of the complexities of the project and her thoughtful co-creative practice. The film, shot with a cast of over 70 children between the ages of 6 and 13, tells the story of the former workers of Benčić, an abandoned industrial complex in Rijeka, Croatia. Since the early 2000s, the site has been designated as a space for developing creative industries, but no plans have yet come to fruition. In the film the workers, frustrated by the decline of the buildings, re-skill in intangible industries and temporarily re-occupy the factory as artists. Of course, the story of the film is echoed by the children’s actual occupation of the space from Sept. 13 – Oct. 23, 2013, when they took over the building to create gestures, research, dance, music, and writing. This experimental film spans both truth and fiction, weaving together dialogue improvised by the children with material collected during the occupation. The story unfolds through narrative and abstract moments to circulate new stories about Benčić at a time when the future of the complex (and the city) is in question.

Althea Thauberger is an artist based in Vancouver, Canada. Her internationally produced and exhibited work typically involves research and critical reflections of the social histories of her production sites and an extended collaborative process with the communities and individuals represented. The resulting photography, video and performance projects often invoke provocative reflections of social, political, institutional, and aesthetic power relations of the local contexts of their production. Her work has recently been presented at the Audain Gallery, SFU, Vancouver; The Power Plant, Toronto; and the 7th Liverpool Biennial.

To learn more about this lecture, please visit cafka.org/lectures. 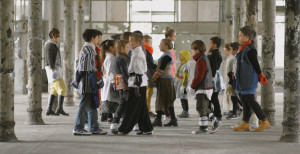