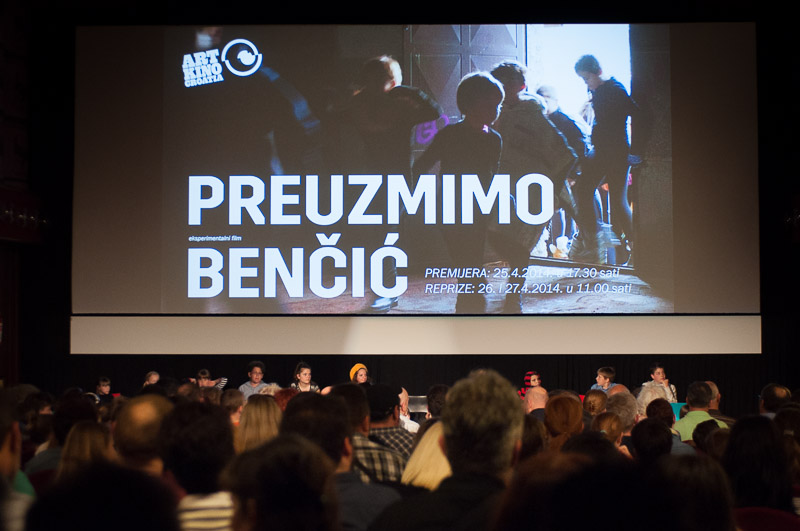 Althea Thauberger starts her tour of Preuzmimo Benčić through the Balkans tonight, arranged by Slaven Tolj and Nataša Šuković from MMSU in Rijeka. The artist will be present at all screenings.

Preuzmimo Benčić (Take Back Benčić) is an experimental film made in collaboration with 67 child performers from Rijeka, Croatia. Part documentary, part fiction, the film follows the activities and reflections of the children during a 6 week period when they occupied the H and T buildings of the former worker managed Rikard Benčić factory in Rijeka. The site has been sitting empty and deteriorating since it was closed and workers fired during the privatizations of the early 1990’s. In recent years has it has been proposed to be developed as the site of the city’s cultural institutions, “creative industries,” and a hotel. As co-creators, the film’s cast generated and improvised most of the dialogue and movement presented in the film. Through their words and gestures they re-imagine the politics, histories, and future of the site, and the relationship between work, art and play.