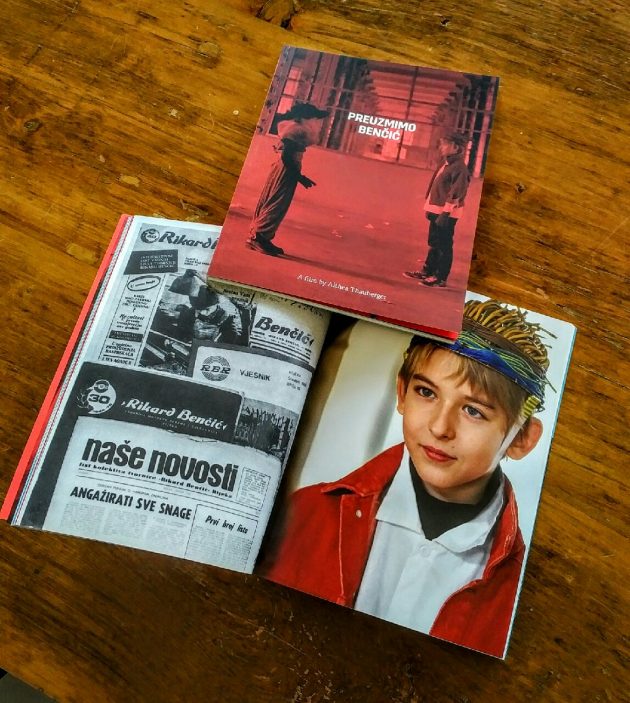 Preuzmimo Benčić was shot with a cast of over 60 children between the ages of 6 and 13—all residents of Rijeka. Filmed on location at Benčić, the former worker-managed factory in Rijeka, Croatia, Preuzmimo Benčić directly and indirectly tells the story of the former workers of the Benčić complex. In the film, they are granted permission to temporarily re-occupy the buildings as “artists.” While inside, their discussions and artistic work responds to cultural traditions, alternative social organization, possible uses of the building, the history of the city as told through the building itself, the difference between “the worker” and “the artist,” and the relationship between “play” and “work”. Their artistic work includes gestures, dance/movement, videomaking, music, ideas, and poetry/writing.

The story of the film is echoed by the actual situation of the occupation of the Benčić complex during production. With the support of the city of Rijeka, the film crew, and the families of the participating children, the children assumed occupancy of the buildings for approximately 5 weeks. Because many sessions of collaborative story development/research/rehearsal, exploration, play, and art/video production took place there, the kids developed a strong identification with the site over that time. This work draws upon improvisation, collective labour, and a fresh, hopeful perspective to circulate new stories about Benčić at a time when the future of the complex (and the city) is in question.

To order a copy of the publication, write to info@musagetes.ca/musagetes-old. Include your mailing address. Copies are $20 CDN plus shipping ($5 in Canada/$10 international). An invoice will be sent with the book.