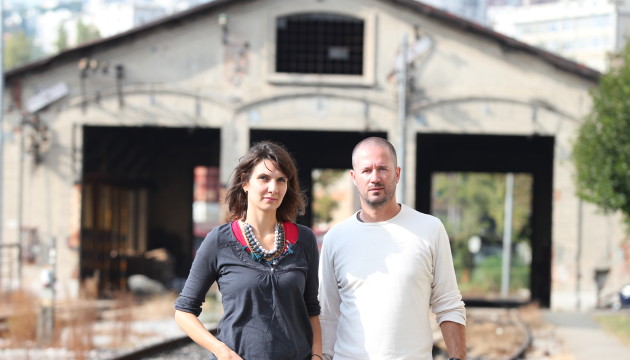 Nadija Mustapić (Rijeka, 1976, www.nadijamustapic.com) is a Rijeka-based artist. She works in video/film, her immersive spatial video installations explore multidimensional relations between the representation of space and its subjectivity. She is an alumni of the University of Iowa (MFA, 2005) and teaches at Rijeka Academy of Applied Arts.

Toni Meštrović (Split, 1973, www.macaknara.hr) is a video artist working predominantly with video and sound installations. He studied at the Academy of Fine Arts in Zagreb (1999) and at the Academy of Media Arts, Cologne (2004). His work addresses themes of cultural heritage, identity, and the changes that have occurred in Dalmatia due to the period of transition in Croatia.

Mustapić and Meštrović collaborate on large-scale multimedia projects that have been installed at museums and galleries. Their collaborative work captures social issues and expands categories of documentarism into spatial and poetic immersive sensory experiences.