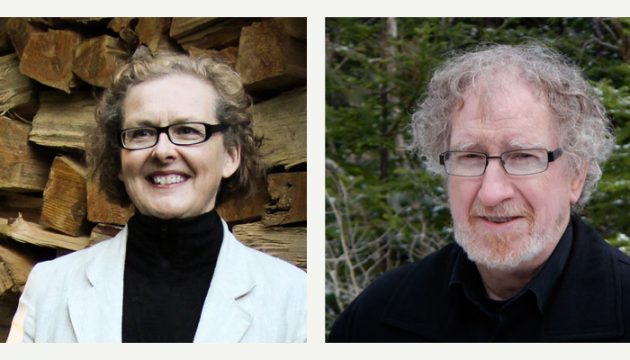 Marlene Creates is an artist, poet, community arts activist, environmentalist and educator who lives and works in Portugal Cove, Newfoundland. For over thirty-five years, her artistic practice has been an exploration of the relationship between human experience, memory, language and the land, and the impact they have on each other. Currently her work is focused on the six acres of boreal forest where she lives. This work takes various forms, including photography, video-poems, a “virtual walk” on the internet, and thematic events with readings of site-specific poems. Creates received the 1996 Artist of the Year Award from the Newfoundland & Labrador Arts Council. In 2001 she was elected to the Royal Canadian Academy of Arts. In 2009 she received The Long Haul Award for Excellence in Visual Arts (EVAs) from VANL-CARFAC, and the 2009 CARFAC National Visual Arts Advocate Award. In 2013 she received the BMW Exhibition Prize in the Scotiabank CONTACT Photography Festival in Toronto. In 2014 she won the Grand Jury Award at the Yosemite International Film Festival. Her work has been presented in over 350 exhibitions and screenings, both across Canada and internationally, and is in many public collections, including the National Gallery of Canada.

Don McKay is the author of many books of poetry, including Long Sault (1975), Birding, or Desire (1983), andApparatus (1997). He has twice won the Governor General’s Award—for Night Field (1991) and Another Gravity (2000), and in June 2007 he won the Griffin Poetry Prize for Strike/Slip (2006). His collected poems,Angular Unconformity, appeared in 2014. McKay taught creative writing and English literature at the University of Western Ontario and the University of New Brunswick for 27 years before retiring to write and edit poetry full time. From 1991 to 1996 he edited The Fiddlehead magazine, and he has also served as a faculty resource person at the Sage Hill Writing Experience and The Banff Centre for the Arts. Since 1975 he has been a co-publisher and editor with Brick Books. As an essayist addressing poetry and ecology, McKay has published three books of essays. One of these, Vis à Vis (2002), was nominated for a Governor General’s Award and another, The Shell of the Tortoise (2011), won the Winterset Award for Excellence in Newfoundland and Labrador writing. In 2008 he was made a Member of the Order of Canada “for his contributions to Canadian literature as a nature poet and mentor of many emerging writers from coast to coast.” He lives in St. John’s, Newfoundland.