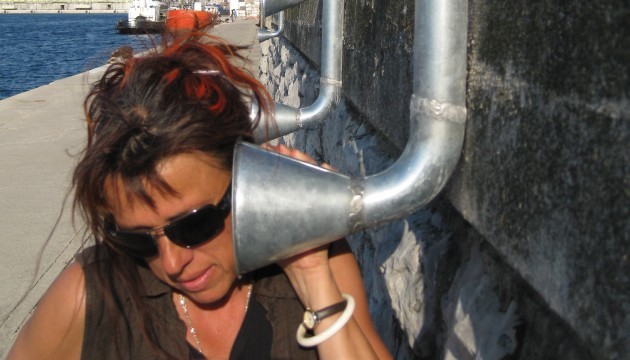 Composer, performer, and sound installation artist Laetitia Sonami was born in France and settled in the United States in 1975 to pursue her interest in the emerging field of electronic music. She studied with Eliane Radigue, Joel Chadabe, Robert Ashley and David Behrman.

Sonami has been performing in numerous festivals across the United States, Canada, Europe, Japan and China, among which the Ars Electronica Festival in Linz, the Bourges Music Festival in France, the Sonambiente Festival in Berlin, the Interlink festival in Japan, Bang-on-a Can, The Kitchen and Other Minds, S.F.

Awards include the Alpert Award in the Arts (2002), Foundation for Contemporary Performance Arts Award (2000), the Civitella Ranieri Fellowship (2000), Studio Pass-Harvestworks residency (2001) and a Creative Work Fund award (2000) for a collaboration with Nick Bertoni and the Tinkers Workshop.

Sonami lives in Oakland, California and is guest lecturer at the San Francisco Art Institute and the Milton Avery MFA program at Bard College.