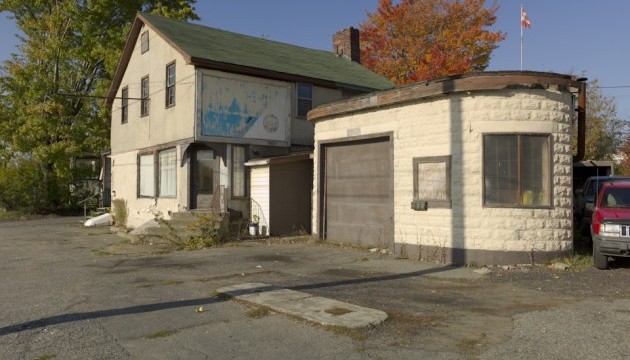 Geoffrey James was born in Wales in 1942, and read history at Wadham College, Oxford. A self-taught photographer, he has for the past 30 years devoted himself to photographing the man-made landscape, from the aristocratic idyll of European formal gardens to the democratic landscapes of Frederick Law Olmsted. His subjects have included the devastated asbestos-mining landscape of Quebec and the ‘no man’s land’ along the US-Mexican border.  More recently he has investigated the nature of urban space in such cities as Paris, Lethbridge, Toronto and Havana, and is publishing a book this fall on the closing of the Kingston Penitentiary.

James, who lives in Toronto, is the author of more than a dozen books and monographs, and is a Fellow of the John Solomon Guggenheim Foundation and the Graham Foundation for Advanced Studies in the Fine Arts. He is the recipient of several prestigious prizes, including the 2012 Governor-General’s Award in the Visual and Media Arts. He has exhibited widely, including Documenta IX in Kassel (1992), and is work has been shown and collected by such major institutions as the National Gallery of Canada, the Museum of Modern Art in New York and the Canadian Centre for Architecture in Montreal.